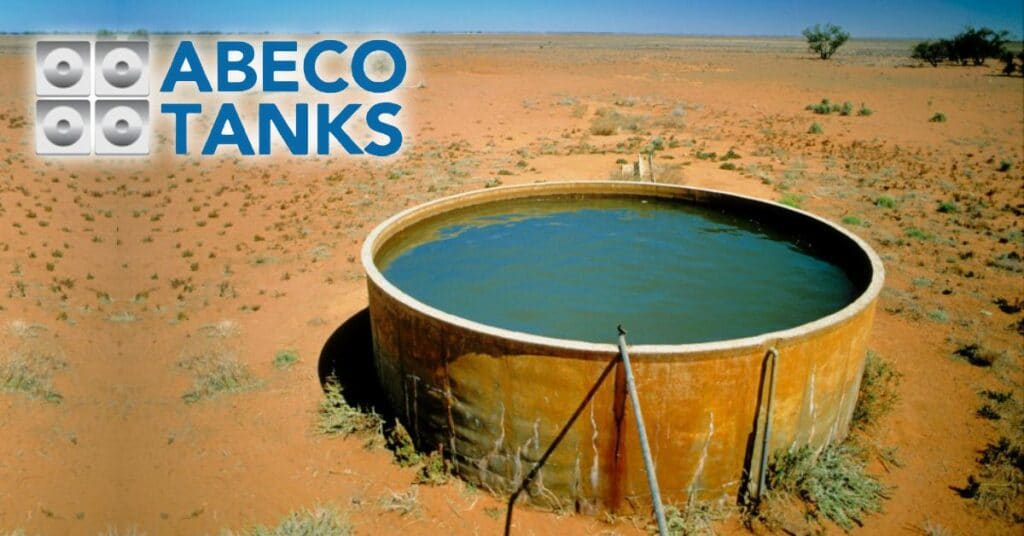 By Mannie Ramos Jnr, Chief Operating Officer of Abeco Tanks, the leader in hygienic water storage solutions in Africa for over 35 years.

Since the beginning of civilisation the availability of water has been key for survival and prosperity. From irrigation canals, aqueducts and subterranean water wells in Mesopotamia and Egypt, to modern day urban water distribution systems, inventions in the supply of water has altered lives across the globe.

Water tanks too are found throughout history and were created from wood, ceramic and stone some of which are apparently still working today. For example, water tanks were used in medieval castles to withstand lengthy sieges.

Throughout history, water systems have developed rapidly to serve populations and economies, having become intricately linked to a country’s economic and social prosperity.

Yet, 844 million people across the world journey and queue for at least 30 minutes to get water, and three quarters of households in developing nations do not have access to basic water and soap to wash their hands.

On the one hand water is scarce and on the other it is unlimited. This gap is only widening. Before 2020 and the global coronavirus pandemic became a reality, washing hands was important but not perceived as critical to one’s health. Washing hands thoroughly and frequently is now the first line of defence against the coronavirus.

The sad realist is that water is still viewed, by those that have it, as a resource that is plentiful; after all water covers 70% of the planet right? Not so, apparently only 2.5% of all water is actually fresh water. And this precious resource will need to support a population of 9.7 billion by 2050.

Usage of water has also increased six-fold in the 20th century, most of it being used by manufacturing and agriculture not household consumption.

Water storage today has a major role to play providing safe water supply for a variety of benefits, let’s examine the types of water storage available.

The types of water storage

A reservoir is a manmade dam that is constructed to hold water from surrounding rivers as well as rainwater and is used to supply the needs of citizens as well as prevent flooding. Reservoirs can also supply water to neighbouring countries who are water scarce.

Ground water tanks were created to receive water from a water well or from rainwater so that a large amount of water could be stored – much like modern day stock inventory – and used during peak periods when demand was high.

Elevated water tanks or water towers were created at a height sufficient to pressurize a water distribution system for the supply of potable (drinkable) water as well as provide storage for emergencies such as fire protection. Water towers can still supply water during a power outage because the pressure pushes the water into domestic and industrial water distribution systems.

The function of water storage remains the same – to hold or “bank” water in case of a peak period of water demand or an emergency.

Water tanks have not changed much in function but in materials and technology, with two major types of tanks dominating – plastic and steel. Today’s tanks range in size, colour, shape, and specific usage. Tanks can hold as little as 1,800 litres of water up to 50 million litres of water.

Water tanks are a critical part of alleviating water challenges in Angola and other developing countries, while they do not solve the challenges of a permanent water supply, they provide a critical function to ensure water continuity during times like these.

This website uses cookies to improve your experience while you navigate through the website. Out of these, the cookies that are categorized as necessary are stored on your browser as they are essential for the working of basic functionalities of the website. We also use third-party cookies that help us analyze and understand how you use this website. These cookies will be stored in your browser only with your consent. You also have the option to opt-out of these cookies. But opting out of some of these cookies may affect your browsing experience.
Necessary Always Enabled
Necessary cookies are absolutely essential for the website to function properly. These cookies ensure basic functionalities and security features of the website, anonymously.
Functional
Functional cookies help to perform certain functionalities like sharing the content of the website on social media platforms, collect feedbacks, and other third-party features.
Performance
Performance cookies are used to understand and analyze the key performance indexes of the website which helps in delivering a better user experience for the visitors.
Analytics
Analytical cookies are used to understand how visitors interact with the website. These cookies help provide information on metrics the number of visitors, bounce rate, traffic source, etc.
Advertisement
Advertisement cookies are used to provide visitors with relevant ads and marketing campaigns. These cookies track visitors across websites and collect information to provide customized ads.
Others
Other uncategorized cookies are those that are being analyzed and have not been classified into a category as yet.
SAVE & ACCEPT