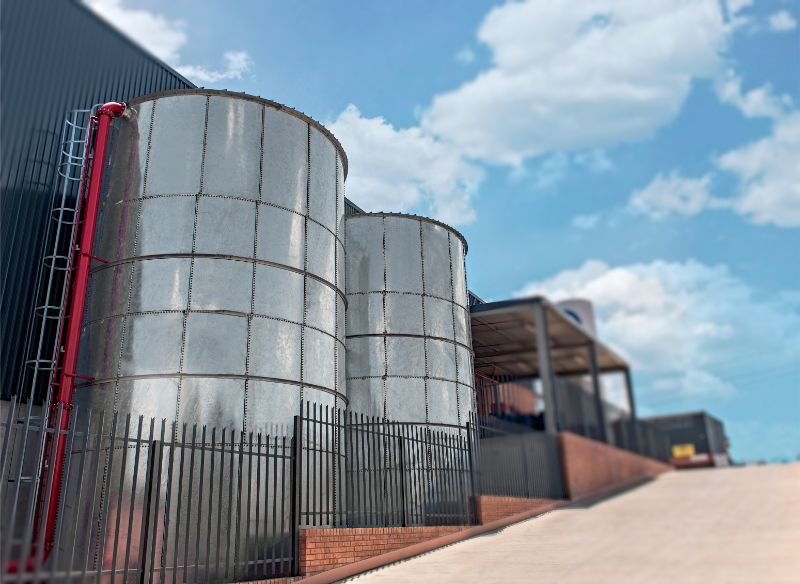 Water tanks and water hygiene have come to the forefront as the coronavirus pandemic is expected to impact poorest communities in Africa who have limited access to water for basic sanitation and hygiene.

Abeco Tanks, the leader in hygienic water storage solutions in Africa for over 35 years, has seen a dramatic rise in demand for water tanks on the African continent, as governments scramble to provide underserved communities with access to water during the Covid-19 pandemic.

In Botswana, the Ministry of Land Management, Water and Sanitation services released a statement in April saying it had prioritised the provision of water and sanitation to water scarce areas, including the provision of emergency water browsers and tankers thanks in large part due to public private partnerships. The ministry also sourced Jojo water tanks to assist areas where water had not been piped into homes.

Mannie Ramos Jnr, COO of Abeco comments, “The reactive approach of most countries who are rushing out to buy Jojo tanks, which has been highlighted by the global pandemic is concerning. When something like Covid-19 triggers the requirement for water, there is an underlying problem that must be addressed sooner, rather than later.”

While Abeco is definitely in a unique position to manufacture and supply steel water tanks to countries in need, it begs a bigger question about water stewardship and readiness. “Water scarcity is not a new concern or struggle,” says Ramos. “According to the latest UN World Water Development Report, despite the importance of providing water and sanitation to improve lives everywhere, there has been a chronic underfunding of water infrastructure around the world, including on the African continent.

Access to clean water and safe sanitation reduces the transmission of diseases and is vital to the health and wellbeing of communities. Botswana is no stranger to chronic drought and improving water security is a top priority for government especially as it is one of the four countries identified as becoming water stressed by 2040.

According to Ramos, the sudden demand experienced in the last two months means the pandemic has triggered a rush on implementing tanks as a part of a stop gap solution, instead the right storage solution can also help address systemic problems with the water supply.

Ramos says, “Botswana faces similar challenges to others in Africa where some communities do not have piped water into homes or are struggling with access to water due to aging water infrastructure.

Ramos emphasizes that proper long-term planning and response readiness is critical to effective water stewardship. “It is as if we need to be pushed into a crisis mode to act. It is this approach that places countries constantly on the back foot,” he says.

He is particularly concerned over short-term measures to get water to communities as a stop-gap. The approach of providing small semi-permanent tanks, while it is commendable is not a long-term solution.

There are a variety of reasons small semi-permanent tanks are not feasible:

· These tanks are too small for the needs of communities

· Queuing poses a risk of spreading the disease

· Taps will need to be sanitized

· Tankers will be required to fill up small sized tanks around the clock and consistently, which can become a logistical nightmare

· Communities who experience a lack of water, usually store water for cooking and washing rather than for hand washing so education is needed

· Rainwater tanks are not a solution during winter months

He believes more permanent solutions should be considered including:

· Larger sized tanks (more than 50000 liters in size). Some tanks can hold up to 50 million liters of water and are far more effective to meet the needs of the average community.

· Larger sized tanks need to be topped up more frequently compared to small tanks, reducing the logistics complexity of refilling and preventing an interruption in water supply.

· By connecting one or a few big tanks to a main water supply, the solutions we implement now during the global pandemic, can become a longer-term measure until water infrastructure is piped in or upgraded.

· By installing bigger volume tanks multiple taps can be inserted 1,5m apart, which are not available on plastic tanks, more taps will reduce queueing times and allow for effective social distancing

As the pioneer of water storage solutions in the African market, Ramos says that Abeco has been advising and helping governments through the current crises to determine the most effective, affordable, and safe solutions.

Ramos concludes by saying that short-term solutions are not the answer to the systemic water problem in our communities. Water tanks should be viewed as a longer-term strategy to bank water and make it available to communities until water infrastructure projects are implemented.

Abeco Tanks is a pioneer in water storage solutions and a champion of water as the most important currency in Africa. The Johannesburg-based company has been operating in the continent for over 35 years, designing, manufacturing, and installing innovative water storage solutions. The company operates in 35 countries across the globe including Africa, Central America, and the Middle East. With a 269,000 square foot manufacturing facility, employing over 120 people, Abeco Tanks has become a definitive leader in its space. Abeco has erected more water tanks in Southern Africa than any other company and their tanks have become beacons of hope in difficult times.