03 May Abeco Tanks, a solution to Angola’s water supply woes 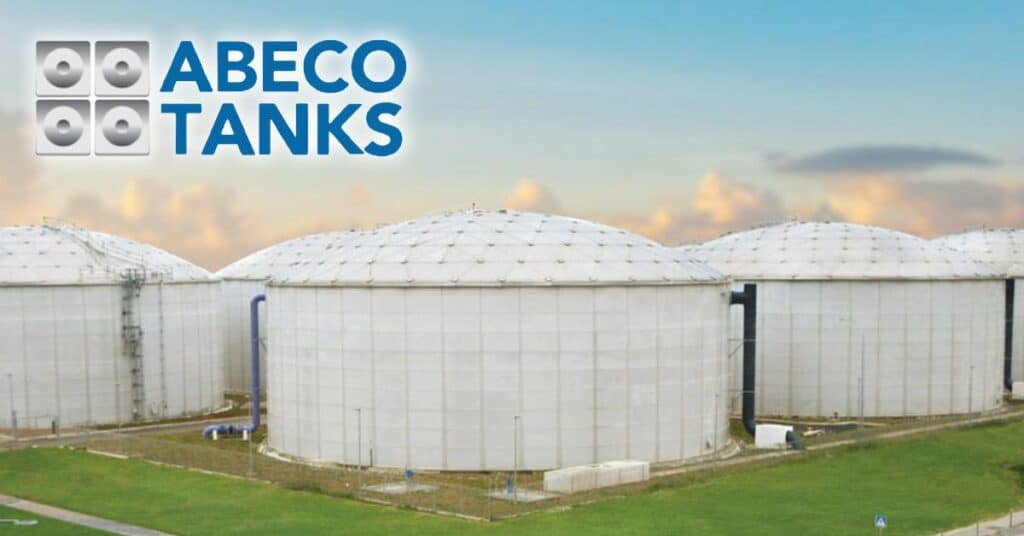 Water has become the most important currency in Africa, a fact that has come glaringly to the forefront during the Coronavirus pandemic.

Countries like Angola where nearly 50% of inhabitants do not have access to safe drinking water, are making water, sanitation and hygiene an urgent priority.

According to Mannie Ramos Jnr, Chief Operating Officer of Abeco Tanks, the leader in hygienic water storage solutions in Africa for over 35 years, “Water is needed for productive economic growth of a country as well as improving the livelihoods of its citizens.”

Three out of four jobs are water-dependent and reliable water supplies are necessary for sustaining economic growth and job security. Also, without access to safe water the risk of contracting diseases increases and so do morbidity and mortality rates.

He adds that globally billions of dollars are lost annually due to the impact of poor sanitation and unsafe water on the economy and on healthcare, and therefore water must take centre-stage on the health agenda.

Abeco Tanks is a pioneer of water storage solutions and operates in 35 countries across the globe including Africa, Central America and the Middle East.

Ramos Jnr believes that water is the most important currency in Africa.

“Abeco pioneered the concept that tanks should be seen as water banks, which act like a savings account so that communities, industry, agriculture and business have the water they need even during times of water scarcity or a crisis such as Covid-19.

“We have been working within Africa for many years, including in Angola, to bring a solution that helps supply safe water to communities. Our high-quality steel tanks, manufactured in South Africa, are capable of holding from as little as 20 000 litres up to 50 million litres of water.”

He explains that the company’s solutions are built specifically for the needs of various African communities and economic sectors. “When we first developed tanks decades ago, we wanted to help make water available during times of scarcity like in a drought, or when water supply is interrupted,” he says. “However, our solutions have evolved to become fit for another purpose: as permanent structures serving larger communities with the ability to hold millions of litres of water and multiple taps to speed up queues.”

“Not only do our tanks help reduce the load on the water distribution supply network, such as water tankers required to fill tanks, but they provide a sustainable water solution while waiting for the roll out of water infrastructure in the region.”

In addition, steel tanks manufactured by Abeco in their 269,000 square foot manufacturing facility in South Africa, are durable lasting up to 50+ years, due to their resistance to environmental pressures like extreme temperatures and fires.

Due to temperature resistance, steel water tanks also do not cause algae to grow inside the tank, making it a more hygienic choice especially where water is stored for purposes like drinking or bathing.

What size tanks do communities in Angola need?

Africa: 47 litres per person per day.

Asia: 95 litres per person per day. 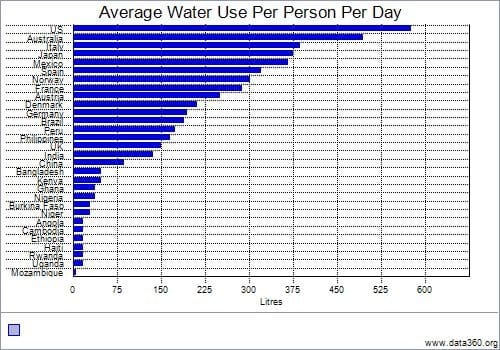 Caption: 2010, Average water use per person per day

“Let’s contextualise the consumption figures in relation to Angola,” says Ramos Jnr, “According to a UNICEF article written in November 2019 Kunene province was looking to provide 30 water tanks each with a capacity of 5,000 litres to be placed at strategic locations to reduce the distances communities had to travel to fetch water.

He explains that a 5000 litre tank which is made typically for one household will never be enough for an entire community. Let’s take the lowest figure of 3 litres a day, a 5000 litre tank will provide 1666.66 people per day with water.

“All 30 water tanks of 5000 litres will provide water to 49,999.90 people per day. Cunene has a total population of 990,087 according to the population census of 2014. You can see that these tanks will not meet what the communities daily needs for water.

He emphasises that planning is critical and must include implementing full water storage solutions that can meet the needs of the community.

What makes Abeco’s tanks stand out is their modular design which allows for greater versatility to customise tank sizes according to community requirements and site specifications.

Angola’s economy is struggling in 2020 with a high debt-to-GDP ratio, 2.3% GDP contraction and historical corruption issues, however time is ripe for stimulus initiatives that can transform Angola post Covid-19.

“While Angola is vulnerable at the moment, industries and business will weather the storm, says Ramos Jnr. “The country is already diversifying its economy away from a dependence on oil revenues by turning its focus on developing renewal energy opportunities in the country and other initiatives.

“Water too must become a higher priority than it has in the past with more investment and planning needed to find solutions to meet the strategic goals of the UNESCO 2030 Agenda for Sustainable Development. The SDG 6 goals about clean water and sanitation acknowledges the role of water in advancing human rights, reducing poverty and inequality, and enabling peace, justice and sustainability.”

“Water tanks can be properly utilised to be a part of the water solution through proper planning and consultation with communities. By providing a full solution that communities need, the SDG 6 water goals can be met faster.”

This website uses cookies to improve your experience while you navigate through the website. Out of these, the cookies that are categorized as necessary are stored on your browser as they are essential for the working of basic functionalities of the website. We also use third-party cookies that help us analyze and understand how you use this website. These cookies will be stored in your browser only with your consent. You also have the option to opt-out of these cookies. But opting out of some of these cookies may affect your browsing experience.
Necessary Always Enabled
Necessary cookies are absolutely essential for the website to function properly. These cookies ensure basic functionalities and security features of the website, anonymously.
Functional
Functional cookies help to perform certain functionalities like sharing the content of the website on social media platforms, collect feedbacks, and other third-party features.
Performance
Performance cookies are used to understand and analyze the key performance indexes of the website which helps in delivering a better user experience for the visitors.
Analytics
Analytical cookies are used to understand how visitors interact with the website. These cookies help provide information on metrics the number of visitors, bounce rate, traffic source, etc.
Advertisement
Advertisement cookies are used to provide visitors with relevant ads and marketing campaigns. These cookies track visitors across websites and collect information to provide customized ads.
Others
Other uncategorized cookies are those that are being analyzed and have not been classified into a category as yet.
SAVE & ACCEPT