Abeco Tanks: thriving for over 35 years 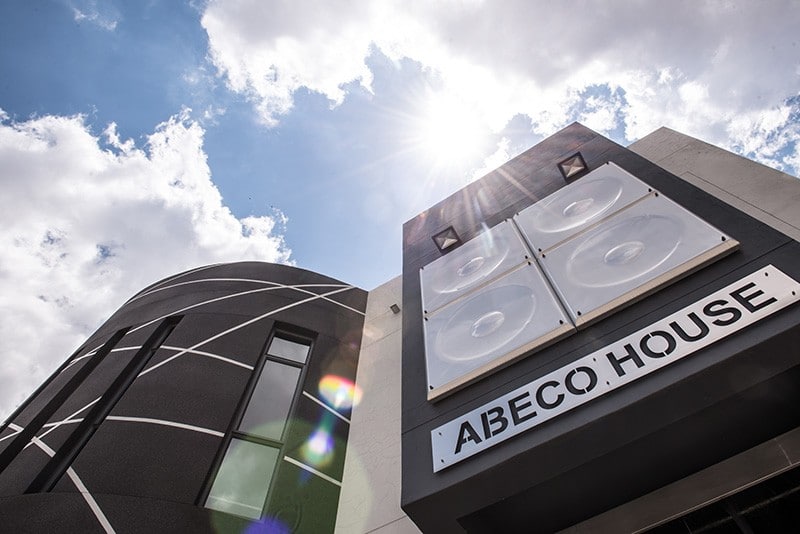 An innovation-focused company that has been both a pioneer in water storage solutions and a champion of water as the most important currency in Africa, has achieved a major milestone in its history.

The Johannesburg-based company – which was founded by Mannie Ramos Snr. in 1983 – celebrates over 35 years in business and has grown exponentially, now operating in 35 countries across the globe including Africa, Central America and the Middle East. With a 269,000 square foot manufacturing facility, employing over 120 people, Abeco Tanks has become a definitive leader in its space.

The future of Abeco is just as inspiring as its brand history. The company is a family owned business founded by current Executive Chairman Mannie Snr. Ramos who handed over the reins of Abeco in 2018 to his two sons: Chief Operating Officer (COO) Mannie Jnr. Ramos and Managing Director (MD) Duane Ramos. The company was founded on a vision to solve the challenge of water scarcity, which its leaders believed would only increasingly worsen, and they wanted to reduce the negative impact on communities and businesses.

Abeco’s vision was to alleviate water challenges by creating storage solutions that would hygienically store water in case of a shortage, thereby ensuring water continuity on the continent.

“Water is needed for success in agriculture, business, industry and mining – the pillars of our continent’s developing economies – as well as to keep our communities running,” explains Mannie Ramos Jnr.

Over three and a half decades later the company has become a definitive leader in water storage based on its quality precision engineering, collaborative partnerships and exceptional customer service.

And the future looks even brighter for the company, which has evolved beyond a pure design, manufacturing and installation business. Leading the charge to view water as the most important currency in Africa, Abeco is helping businesses and communities to put a continuity plan in place. One way to ensure continuity is to bank water which is why the company sees itself as the World’s first bank for water.

“Our water banks – that is our tanks – act like a savings account so that businesses and communities have the water they need to keep running, even in times of water scarcity,” he says.

“The biggest challenge is that by the time a water shortage hits a community, city and businesses, it is too late. There is either no water to use, or limited water availability. By educating people to view water as an asset and to plan for times when water is scarce, we are hoping to change attitudes to water usage entirely.”

These water tanks are designed to hygienically contain water for all uses from industrial to home use. Abeco’s tanks are extremely versatile and can be used to store dry bulk like gravel or industrial materials, hot water, effluent, fuels and corrosive liquids.

This website uses cookies to improve your experience while you navigate through the website. Out of these, the cookies that are categorized as necessary are stored on your browser as they are essential for the working of basic functionalities of the website. We also use third-party cookies that help us analyze and understand how you use this website. These cookies will be stored in your browser only with your consent. You also have the option to opt-out of these cookies. But opting out of some of these cookies may affect your browsing experience.
Necessary Always Enabled

Performance cookies are used to understand and analyze the key performance indexes of the website which helps in delivering a better user experience for the visitors.

Analytical cookies are used to understand how visitors interact with the website. These cookies help provide information on metrics the number of visitors, bounce rate, traffic source, etc.

Advertisement cookies are used to provide visitors with relevant ads and marketing campaigns. These cookies track visitors across websites and collect information to provide customized ads.

Other uncategorized cookies are those that are being analyzed and have not been classified into a category as yet.