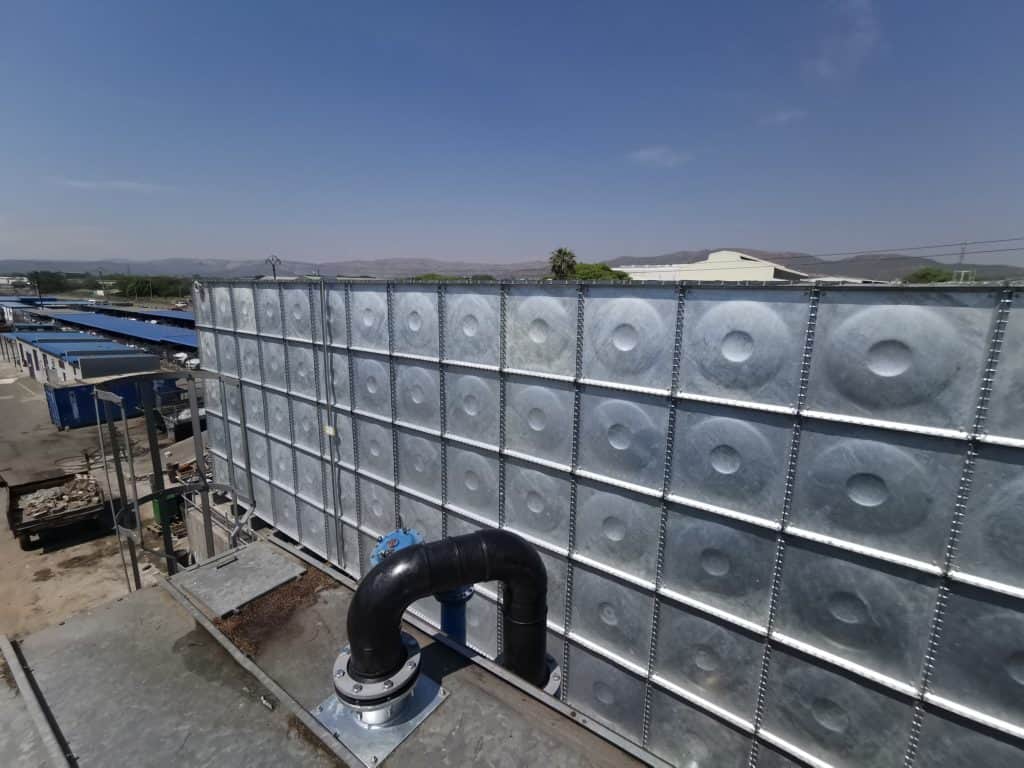 Abeco Tanks has completed its biggest tank in Africa, holding 5.8-million litres of water with a surface area equivalent to two tennis courts.

In conjunction with a three-million-litre supplementary tank, the group is providing one of South Africa’s largest poultry producer’s with a total of 8.8-million litres of saved water.

“A water bank is essential if this producer is to continue surviving the almost decade long drought and water insecurity issues in the North West Province of South Africa,” says Abeco COO Mannie Ramos Jnr.

Abeco built the rectangular, sectional bolted tank specifically to cater for the unique requirements of the agricultural giant, which breeds and raises chickens for processing and distribution on site for international and national markets.

The rectangular tank’s design allowed Abeco to custom create the tank in the most cost-effective way possible and boasts a modular design that makes tanks of this nature easy to transport and easy to install.

“We had to connect the 5.8 -million-litre tank with the existing one, ensure it was water-tight, tested and safe, in a record-breaking 38 days versus 128 days – the average time frame,” he says.

Careful design and premium materials ensure the tanks are 100% hygienic and safe for livestock consumption and are unaffected by ultraviolet rays which prevents degradation over time.

“The tanks are built to last using an internal bracing of angle iron welded to base plates, all sealants and rubber components are non-toxic and non-tainting to ensure the purity of the water, and all steel components are hot dip galvanised to never rust and use the latest in tank corrosion protection.

“Storing water for agricultural purposes is not a suggestion in the world of farming. It is a necessity. As water crises have shown us, the need to plan water consumption, track water saving and save for continuity of service is necessary as an effective ‘insurance plan’ against water interruption brought about by changing weather patterns, exploding populations and urban sprawl,” Ramos concluded.